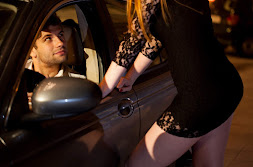 Keep in mind that before you can be convicted of this crime of moral turpitude the state prosecutor must prove to a judge or jury every element of your alleged prostitution or solicitation offense beyond a reasonable doubt. Against an experienced defense attorney, it can be very hard for a prosecutor to meet this burden of proof at trial, and if the judge or jury has any reasonable doubt you committed every element of the offense, you could be found not guilty or the prosecutor could dismiss or reduce the charges prior to trial. Therefore, it is crucial to retain an experienced criminal defense attorney who can craft the best possible defense strategy for your case.

If you have been charged with the criminal offense of prostitution or solicitation in Harris county (Houston), or any of the surrounding counties in Texas, including Montgomery (Conroe), Waller (Hempstead), Liberty (City of Liberty), Fort Bend (Richmond), Brazoria (Angleton), Galveston (City of Galveston) or Washington (Brenham), contact James G. Sullivan and Associates for a free consultation at (281) 546-6428.  Attorney James (Jim) Sullivan is an experienced trial lawyer who will fight for your rights, freedom and future.

James Sullivan graduated from the Trial Lawyers College founded by Legendary lawyer Gerry Spence. Sullivan has a proven record of defending people from all walks of life, faiths and countries in courts throughout Texas.

Promotion of Prostitution – According to Texas Penal Code § 43.03, a person commits this offense if he knowingly:
1) Receive money or other property pursuant to an agreement to participate in the proceeds of prostitution; or
2) Solicits another to engage in sexual conduct with another person for compensation.

Aggravated Promotion of Prostitution – According to Texas Penal Code § 43.04, a person commits this offense if he knowingly owns, invests in, controls, supervises or manages a prostitution enterprise that uses two or more prostitutes.

Compelling Prostitution – According to Texas Penal Code § 43.05, a person commits this offense if he knowingly:
1) Causes another by force, threat or fraud to commit prostitution; or
2) Causes by any means a child younger than 18 years to commit prostitution, regardless of whether that person knows the age of the child at the time of the offense.

James Sullivan graduated from Baylor University in 1990 with a degree in Journalism, the ideal degree for investigating, discovering and telling winning stories in court. In 1993, Sullivan graduated from South Texas College of Law, which is nationally recognized as the top law school for trial advocacy.
James Sullivan later graduated from Gerry Spence’s Trial Lawyers College in Wyoming. Founded in 1994, it is the most selective and prestigious trial advocacy program in America. The methods taught at TLC are not taught anywhere else. The 1,150 graduates form an extremely unique community of the most accomplished trial lawyers in the United States.
Contact James G. Sullivan and Associates at (281) 546-6428 for a free initial consultation about your prostitution or solicitation charges in counties throughout southeast Texas, including Harris, Montgomery, Waller, Liberty, Fort Bend, Brazoria, Galveston and Washington. Attorney James Sullivan is an experienced Houston sex crimes attorney who will fight for your rights, freedom and future.
Posted by James Sullivan at 5/06/2014
Newer Post Older Post Home