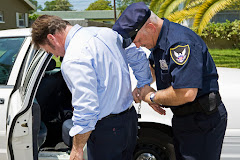 Houston Criminal Defense Attorneys James Sullivan and Associates have over 55 combined years of criminal defense law experience. They have successfully represented over 4000 clients. They fight to make justice color blind. During jury selection (voir dire), they do their best to weed out the seemingly prejudiced potential jurors although stereotypes can go both ways. Sometimes, the venire members that on the surface appear like they would be strongly against a client based on skin color answer just the opposite when questioned. For that very reason, attorneys James Sullivan and Associates strive not to prejudge.
In his first felony jury trial in the mid 1990s, James Sullivan represented a young black man who killed a young wealthy white man in car accident. His client was charged with negligent homicide and everyone else was sure that he would be found guilty and receive the maximum 10 years in prison. James Sullivan persuaded the jury that it was just a simple accident and not caused by gross negligence. After a few minutes of deliberation, the jury returned a not guilty.

James Sullivan graduated from Baylor University in 1990 with a degree in Journalism, the ideal degree for investigating, discovering and telling winning stories in court. In 1993, Sullivan graduated from South Texas College of Law, which is nationally recognized as the top law school for trial advocacy.
James Sullivan later graduated from Gerry Spence’s Trial Lawyers College in Wyoming. Founded in 1994, it is the most selective and prestigious trial advocacy program in America. The methods taught at TLC are not taught anywhere else. The graduates form an extremely unique community of the most accomplished trial lawyers in the United States.
James Sullivan has fought to get many cases dismissed or won at trial. If you need serious representation, call James Sullivan right now at (281) 546-6428.

Until justice is blind to color, until education is unaware of race, until opportunity is unconcerned with the color of men's skins, emancipation will be a proclamation but not a fact. ~Lyndon B. Johnson, 36th President of the United States, 20th century