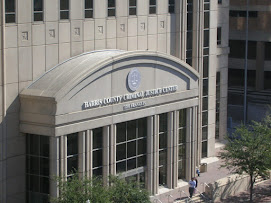 Houston Criminal Defense Lawyers James Sullivan and Associates represent clients accused in criminal court throughout the State of Texas, including in Harris County, Fort Bend County, Brazoria County, Galveston County, Waller County and Montgomery County. They have stood up to prosecutors with questionable ethics and secured acquittals from juries, no bills from grand juries and dismissals from the prosecutors.

James Sullivan graduated from Baylor University in 1990 with a degree in Journalism, the ideal degree for investigating, discovering and telling winning stories in court. In 1993, Sullivan graduated from South Texas College of Law, which is nationally recognized as the top law school for trial advocacy.
James Sullivan later graduated from Gerry Spence’s Trial Lawyers College in Wyoming. Founded in 1994, it is the most selective and prestigious trial advocacy program in America. The methods taught at TLC are not taught anywhere else. The 1,150 graduates form an extremely unique community of the most accomplished trial lawyers in the United States.

If you want dedicated Houston Criminal Defense Attorneys to represent you, call James Sullivan and Associates at (281) 546-6428.


In the Houston Chronicle, Daniel Medwed, a law professor at the University of Utah who teaches and writes about wrongful convictions, put the spotlight on rogue prosecutors in the State of Texas.  Who are these rogue prosecutors?  They are prosecutors who intentionally and knowingly withhold and refuse to disclose evidence that exonerates an accused.  Rather than acknowledge that the wrong person was initially accused and dismiss the case, they continue to prosecute an innocent person and thus allow the responsible party to go free.
In the case of the wrongly accused Michael Morton (see below), it is possible that Debra Masters Baker may not have been killed by Mark Norwood had the State allegedly not pursued a conviction against a person that evidence indicated was innocent and that the State withheld from the defense.  The prosecutor in that case is now a state district judge and is being investigated by a "court of inquiry" by a Fort Worth judge appointed by the Texas Supreme Court.

When prosecutors behave badly
By Daniel S. Medwed
When most of us break the law, we pay the price. Submit your income tax return late? You’re on the hook for penalties and interest. Go too fast rushing to pick up your daughter from school? Wham, here comes a speeding ticket. And if you get caught committing a crime? Well, chances are good that you will be charged and eventually convicted.
But what about lawbreaking by America’s prosecutors, the officials in our country entrusted with the power to charge people with crimes and to litigate those matters in court? What happens when they violate the Constitution and refuse to disclose evidence that exonerates an accused? Very little. Even if their misdeeds are uncovered, they seldom suffer personally. Disciplinary sanctions are rare, let alone criminal penalties.
Texas has a sad history of prosecutors suppressing evidence before trial that supports a criminal defendant’s innocence. From 2007 to 2009, no fewer than six wrongful convictions were overturned in Dallas County alone because previous prosecutors withheld evidence from the defense that they were constitutionally obligated to disclose. Take the case of James Curtis Giles, a man convicted of a horrific 1982 North Dallas rape.
Before the trial started, Dallas prosecutors had information pointing to another man— James Earl Giles— as the culprit but neglected to turn over that material to the defense.
James Curtis Giles spent a decade in prison and another 14 years on parole as a registered sex offender before DNA testing exonerated him. Fortunately, current Dallas County prosecutor Craig Watkins has made rectifying wrongful convictions a priority in his administration.
But a key question remains: When individual prosecutors break the law and hide evidence that signals a defendant’s innocence, what price should they pay?
Former Williamson County prosecutor (now state district judge) Ken Anderson is about to learn the answer to that question.
A Bexar County judge asked the Texas Supreme Court to convene a novel “court of inquiry” to explore whether Anderson violated any criminal laws and ethics rules in prosecuting Michael Morton for murder 25 years ago.  Last week, the Texas Supreme Court accommodated that request by appointing a Fort Worth judge to handle the inquiry.
In 1987, Morton was convicted of killing his wife, Christine, in their north Austin house. It appears as though Anderson may have concealed police reports and other evidence pointing to Morton’s innocence — including a report indicating that Morton’s 3-year-old son saw another man attack his mother — in an effort to secure a conviction at trial.
Indeed, last year DNA testing of biological evidence from the crime scene linked another man, Mark Norwood, to Christine Morton’s murder.
Had Anderson come forward with the exculpatory evidence in 1987, Michael Morton most likely would not have spent time in prison and Debra Masters Baker may have avoided death.  Norwood has been tied to the 1988 slaying of Baker.
The eyes of the nation are on the Texas criminal justice system, once again, but this time for positive reasons. Let’s hope the unique court of inquiry becomes a paradigm for how rogue prosecutors should be forced to account for their behavior in a public forum.
Let’s also hope that justice prevails, including the possibility — if the evidence supports it— of some form of punishment against Anderson.
It would be a small price to pay, after all, if it helps stop future prosecutors from acting above the law.
Medwed is a professor of law at the University of Utah who teaches and writes about wrongful convictions.