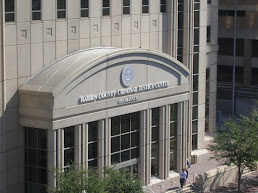 Houston Criminal Defense Attorney Jim Sullivan fights the government every day to keep his clients out of prison.  On every case, his first goal is to work for a dismissal, either by the Grand Jury or by the prosecutor.  Because the government does not like to dismiss cases, it often requires defense attorneys to force their hand by setting the case for a jury trial.  Unlike many of his colleagues who set cases for trial just to get a better plea deal, Attorney Jim Sullivan sets cases for trial because he intends to try the case.
When defendants do get sentenced to prison time, they are now doing less and less time.  According to a recent Houston Chronicle article (see below), parole officials lately have come to the common sense realization that it is a waste of money to lock up low level non-violent offenders and to keep the dangerous criminals in prison longer.  As a result, over the past 10 years, six percent more offenders who apply for parole are granted it.  At the same time, the number of parolees who were sent back to prison after their parole was revoked has fallen dramatically–44%.
State cheers rise in paroles
Officials say reforms are ‘smart on crime’ while saving money
By Cindy Horswell

Texas continues a steady march away from its Old West image of being tough on crime to one that state leaders now call “smart on crime” and even fiscally “right on crime.”  Nothing makes that more apparent than the Texas Board of Pardons and Parole’s newly released bragging rights: More prisoners were paroled this past fiscal year than any other year in the past decade, and fewer parolees are being sent back.

The board’s report this week boasts 24,342 offenders were approved for parole from Sept. 1, 2010, to Aug. 31, 2011. This represents 31 percent of all who applied and an approval rate that is six percentage points higher than 10 years ago. At the same time, the number carted back to prison this past fiscal year after their parole was revoked plummeted by 44 percent from a high of 11,374 in 2004.

Instead of fearing accusations of appearing too lenient, state authorities are smiling. “We are pleased with our continuing increase in granting parole,” said Rissie Owens, chairwoman of the state’s pardons and parole board. “The use of our parole guidelines to assess the likelihood of a successful parole outcome has been cited as a national model for its positive impact on returning more offenders to productive lives.” The Association of Paroling Authorities International has praised Texas’ system which many other states are copying, said board spokesman Harry Battson...

State Sen. John Whit-mire, D-Houston, is the architect of many of the prison reforms in Texas. Whitmire said the state has always been the toughest in the nation on punishment, but now it’s being smarter.    “We lock up the dangerous violent offenders for longer periods while trying to change the lifestyles of the low-level offenders,” he said.

Rather than build three new prisons in 2007, funds were shifted to treatment programs for drug and alcohol addictions, anger management, counseling and education. “We’ve saved the taxpayer at least $2 billion that way. The treatment programs only cost us $180 million, and we still have room for the really bad guys,” said Texas Rep. Jerry Madden, R-Richardson, the correction committee chairman. He noted every person incarcerated costs the state about $50 per day.

Besides gutting the building program, a 1,000-bed prison in Sugar Land was also closed last year. This is possible as the number of actual inmates housed by the state dropped by 2,500 last year to 154,000, the lowest number in five years, records show...

The parole department’s report showed the highest release rate occurred in one of the worst crime categories: violent aggravated sexual assaults. Nearly 42 percent of those candidates considered for parole were released in the last fiscal year.

However, Battson, the parole department spokesman, stressed that the actual number of violent sex offenders released is relatively small and they are nearing the end of their sentences. This category accounted for 1,849 of the 24,342 released.

The data give positive feedback that even though more parolees are being released, they are committing fewer crimes. The number of new crimes dropped 3 percent last year compared to the previous year. cindy.horswell@chron.com