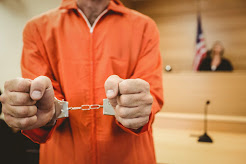 Houston Criminal Defense Attorneys Jim Sullivan and Associates have practiced criminal defense law for 55 collective years and have represented over 4,000 clients.  They defend people charged with all types of criminal cases, ranging from misdemeanor assault to felony aggravated robbery.  They get results.  They recommend trial by jury in most cases to get the best result possible.

As John Henry Wigmore wrote in 1929, "the jury... adjusts the general rule of law to the justice to the particular case", ie. the jury can bring justice in a case where the law itself does not allow it.

Law and justice are from time to time inevitably in conflict. . . . The jury . . . adjusts the general rule of law to the justice to the particular case. Thus the odium of inflexible rules of law is avoided, and popular satisfaction is preserved . . . That is what jury trial does. It supplies that flexibility of legal rules which is essential to justice and popular contentment. ~John Henry Wigmore, American jurist, 20th century

A jury nullification in a trial occurs when a jury reaches a verdict contrary to the judge's instructions as to the law.  This is just one of several reasons a trial by jury in criminal cases is preferred.

James Sullivan graduated from Baylor University in 1990 with a degree in Journalism, the ideal degree for investigating, discovering and telling winning stories in court. In 1993, Sullivan graduated from South Texas College of Law, which is nationally recognized as the top law school for trial advocacy.
James Sullivan later graduated from Gerry Spence’s Trial Lawyers College in Wyoming. Founded in 1994, it is the most selective and prestigious trial advocacy program in America. The methods taught at TLC are not taught anywhere else. The 1,150 graduates form an extremely unique community of the most accomplished trial lawyers in the United States.

If you want serious representation, you can call Attorney Jim Sullivan at 281-546-6428.