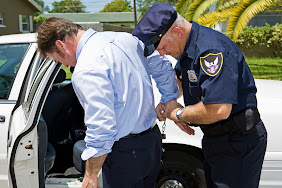 The VICTORIA, Texas Criminal Defense Attorneys James Sullivan and Associates have handled over 3000 cases and have a collective 40 years experience defending adults and  juveniles in criminal, juvenile, and family courts  in VICTORIA County and throughout the State of Texas.

VICTORIA, Texas Criminal Attorneys James Sullivan  and Associates treat every person they represent as if they were a friend and neighbor.   When you call, likely James Sullivan or an associate will answer your call themselves.  You will be dealing with Attorneys, not secretaries, assistants, or answering machines.


James Sullivan graduated from Baylor University in 1990 with a degree in Journalism, the ideal degree for investigating, discovering and telling winning stories in court. In 1993, Sullivan graduated from South Texas College of Law, which is nationally recognized as the top law school for trial advocacy.
James Sullivan later graduated from Gerry Spence’s Trial Lawyers College in Wyoming. Founded in 1994, it is the most selective and prestigious trial advocacy program in America. The methods taught at TLC are not taught anywhere else. The 1,150 graduates form an extremely unique community of the most accomplished trial lawyers in the United States.

If we can be of any assistance, or you just want to talk about your situation, please call  VICTORIA County Criminal Defense Attorneys James Sullivan and Associates at (281) 546-6428.

The 1892 Victoria County Courthouse now stands on the government block. The Plaza del Mercado, or Market Square, was the heart of De Leon’s town. The de Leon family members built their homes around market square. Main Street, which links the two squares, was originally designated Calle de Los Diez Amigos, or The Street of Ten Friends. The largest single gathering of Texian troops during the Revolution occurred at Camp Victoria, on the banks of Spring Creek just north of the city. 2,500 troops encamped here between May 31, 1836 and September of that same year. Stephen F. Austin visited Camp Victoria during September, campaigning for president of the new republic. Victoria was among the original twenty-three counties established by the First Congress of the Republic of Texas on March 17, 1836. Its modern boundaries were defined by the Texas legislature on March 31, 1846. The City of Victoria was chartered in 1839.
____________________________________
The jurisdiction of the Southern District of Texas is divided as follows:
The Victoria Division covers Calhoun, DeWitt, Goliad, Jackson, Lavaca, Refugio, and Victoria Counties.