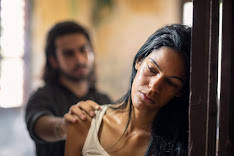 Most couples learn to resolve their differences or even end their relationships without resorting to domestic assault or family violence.  Sometimes, however, even good people gets so stressed out and feel so overwhelmed that they lose it even for a moment and strike out at their partner or another family member in a physical way.
The Consequences for Assault Family Violence
Depending on the circumstances, the prosecutors can charge Assault Family Violence either as:
A Class A Misdemeanor Assault means that a person caused bodily injury (or pain) to their partner.  If the person used a deadly weapon in the domestic assault, then it is a Felony Aggravated Assault.  If the person choked their partner or restricted their breathing, then it is also a Felony.  No matter the level of the criminal offense charged, you can expect the court to order you out of your home and have no contact until the case is resolved with your partner, spouse or family member.  Punishment for those who are found guilty of misdemeanor assault family violence may also include:
The Brazoria County District Attorney’s Office immediately calls the alleged victim to get their statement as to what happened.  The prosecutors lock in the emotional stress of the event by obtaining their immediate statement.  However, facts tend to change and the importance of the incidence significantly lessens frequently after a short cooling off time.

Assault against a family member is very serious and can have far reaching consequences.  The accused may be permanently barred from working in certain industries.  The accused may be denied housing in apartment complexes.  If you are charged with assault family violence, you should seek legal advice from a experienced criminal defense lawyers.
James Sullivan graduated from Baylor University in 1990 with a degree in Journalism, the ideal degree for investigating, discovering and telling winning stories in court. In 1993, Sullivan graduated from South Texas College of Law, which is nationally recognized as the top law school for trial advocacy.
James Sullivan later graduated from Gerry Spence’s Trial Lawyers College in Wyoming. Founded in 1994, it is the most selective and prestigious trial advocacy program in America. The methods taught at TLC are not taught anywhere else. The 1,150 graduates form an extremely unique community of the most accomplished trial lawyers in the United States.
The defense lawyers of James Sullivan & Associates fight to get their client's assault family violence charges dismissed or won at trial.  Other domestic assault lawyers may choose to arrange a plea bargain for their clients; however, this may not be in the client's best interest.  While it is true that a defendant who successfully completes a deferred adjudication probation will not have a conviction on their record, it is also true that if that person ever gets arrested again for assault family violence then he or she will be charged with a third degree felony and if found guilty could be sentenced to between 2 to 10 years in prison.
Negotiating a plea deal with prosecutors should be the last resort.  A good domestic assault lawyer will first investigate the case, interview witnesses, analyze physical evidence and review witness statements in the offense report for inconsistencies.  Such a defense attorney will also consider possible motives for making false allegations, such as jealousy, revenge or child custody issues.
Need Legal Advice?  Call James Sullivan & Associates at (281) 546-6428.
Call a Pearland Assault Family Violence Lawyer
The best way to resolve the case is by first talking with an Assault Family Violence Lawyer.  Pearland Criminal Lawyer James Sullivan will consider the merits of your case and give you an honest evaluation.  He will aggressively defend you.  His legal fees are affordable, reasonable and fair.